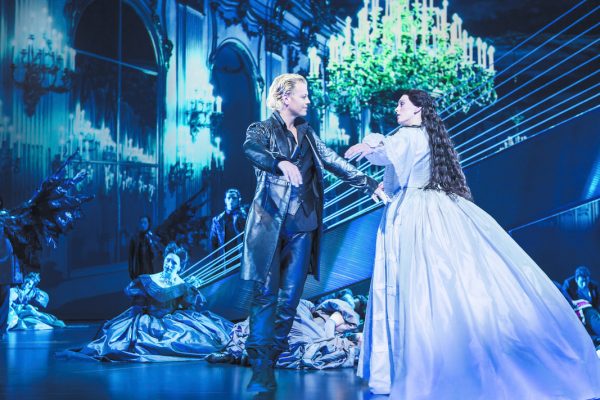 Elisabeth is a Viennese, German-language musical commissioned by the Vereinigte Bühnen Wien (VBW), with book/lyrics by Michael Kunze and music by Sylvester Levay. It portrays the life and death of Empress Elisabeth of Austria, wife of Emperor Franz Joseph I. It has been translated into seven languages and seen by over ten million spectators worldwide, making it the most successful German-language musical of all time.
The musical tells the story of Elisabeth („Sisi“), the Empress of Austria, from her engagement and marriage in 1854 to her murder in 1898 at the hands of the Italian anarchist Luigi Lucheni, through the lens of her growing obsession with Death as her marriage and her empire crumble around her at the turn of the century.~ WikipediaThe pictures are taken from the website „musicalvienna.at“. The official copyright owner is „VBW“.

You’re looking for a special recording or you need more information? Feel free to contact me!